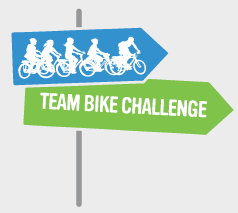 Working with Collectively, Eminent Designs teamed up to build and launch the Team Bike Challenge for 2012. The competition runs from May 1st to May 31st every year, but this year it has a brand new website. In a short time the site has already signed up over 4,000 users.

The Team Bike Challenge has been running in the San Francisco Bay Area for several years and getting more and more users with each competition. Visit the Site »

A Bit of Background

Last year, Team Bike Challenge had 2,800 participants on 698 teams with a total of 316,359 miles biked. That's enough miles to circle the globe over 12.7 times! By biking their commutes instead of driving, teams saved the planet over 174 tons of harmful toxic emissions.

If you rode in the Team Bike Challenge last year, you've probably noticed this year's site is a fair bit different from the old one. This is because the TBC is now being managed by a new team of dedicated designers and developers based in Oakland, called Collectively.